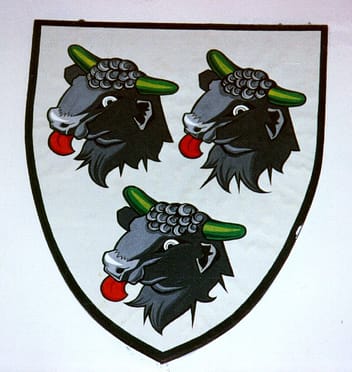 The Turnbull were well known for their misdeeds and are frequently mentioned in Pitcairns Criminal Trials, recorded from court proceedings.

By 1510, their reputation for unruliness and scorn of authority led to King James IV sending out a large force, from Edinburgh to spittal, to make an example of them. 200 members of the Clan were rounded up and made to stand before him wearing linen sheets, swords in hands and halters around their necks. Some were hanged and others imprisoned. During this time due to the unsettled state of the borders, persecution and methods used by King James IV (Getting his wardens to use "hostile feud in hostile manner against all malefactors". Many of the Turnbull Clan left the borders at this time.

Some of the Clan fled to Europe and joined mercenary bands , fighting in the Netherlands war against the Spanish. Others found themselves in financial difficulties and had to forfeit their lands to pay debts.

In the valuation rolls of 1643, some 26 Turnbull families were assessed for land in the vicinity of Rule Water ( at 6 per family some 180 people ). At the same period there were 12 families in Newcastle and Gateshead , (70 persons) giving some indication of the move away from their old home lands.

By 1811 there were only to 2 families in the immediate area, but the name is still popular in the large cities of Glasgow and Edinburgh and in Hawick, the name is second only to Scott as the most predominant.